‘You should have married someone like you’, they shot at each other.

James brings to the marriage and their progeny the experience of a misfit in a homogeneous society. Marilyn projects onto their daughter her own failing career as a doctor because of two unexpected –if not unwanted- pregnancies. The result is a dysfunctional family whose parents’ frustrations constitute a heavy burden for their offspring.

We also talked about the interracial issue of Chinese-Americans in the 60’s and 70’s in the US, and some of our members shared their own experiences.

If you want to know more about the novel and our ideas, here is the podcast:

What would you do if you happened to be The Invisible Man? By the time we dealt with that suggesting question, we had already discussed Griffin’s inherent evilness plus a nurtured reaction to a provincial society. For many of us the language used for the writing of this 120-year-old fragmentary novel, including an orthographic representation of dialects and sociolects from the British countryside, was an additional challenge; but at the same time, it gave color and helped depicting a few stereotyped minor characters.

The novel is about physical invisibility and its possibilities, which include establishing “the Reign of the Terror, the Reign of the Invisible Man the First”, my favorite line by a deranged betrayed character anxious for a bloody revenge. He wants to start his epic New World with the killing of his former friend and now antagonist, Doctor Kemp. However, some of us freely interpreted the story as a metaphor for social invisibility, a contradictory phenomenon in the era of social media voyeurism and unicorns.

There might be moments when you dream of being invisible and others when you sigh for attention. That is maybe why Griffin is desperate to find a way to reverse the effects of his experiment, and be able to control the harshness of having to walk naked and barefoot in the cold English winter. And he speculates with the idea of moving to Algiers and its all-the-year-around hot weather, while we are still exploring the always-evil options for a transparent soul in a material world.

Let us not continue with more written comments, visible spoilers of our conversation, for it can be listened to here:

Confessions of a book club at Mishima’s Cafe

A very mature youth novel of self-discovering and awakening of a non-normative sexuality; introspection in the fashion of Rousseau’s Confessions plus literary and artistic delicacy: that was the story chosen for our periodic book club meeting this month, Confessions of a Mask (仮面の告白), by Yukio Mishima. Putting aside the biographical coincidences between Mishima and Kochan, we discussed the complex metaphorical work in the novel, the narrator’s fake sincerity disguised of literary romantic leitmotifs, the omnipresent intertextuality of Greek myths,  Western and Japanese literatures, and the never-answered question about love and sexual desire with Kochan and Sonoko in their house with half-opened doors: “So then, what kind of desire was it that made me want to meet her so? Might it not be only self-deception again, this passion that so obviously was not sexual desire? In the first place, can there be such a thing as love that has no basis whatsoever in sexual desire?”.

Here is the podcast:

The Voyeur’s Motel in Osaka 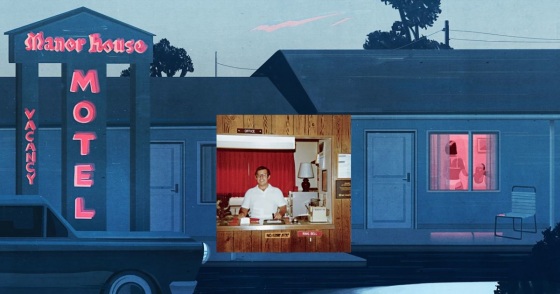 The Voyeur’s Motel: A non-fictional novel about the work of a self-made sex researcher?  The chronicle of a deranged egomaniac’s lucubrations? Gay Talese presents us this peculiar character, Gerald Foos, who spent more than two decades peeping into his various guests’ sexual lives. Last Sunday we discussed about the veracity of the stories  throughout the book; about the moral implications of Foos’ behavior and our complicity as voyeur-readers; about Talese’s role as Foos’ diary’s editor; and about many more things included in this podcast:

Of Ishiguro, Chivalric Romance and Oblivion

Osaka Book Club’s choice for this month was The Buried Giant, by Kazuo Ishiguro. Here is a podcast with part of our discussion about a book that seems to belong to an old Age of knights, ogres, dragons and pixies, but that deals with the present idea of forgetting-confronting the past to move on with your life.