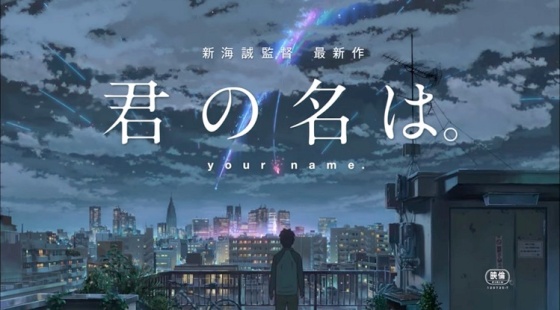 Argentinian writer Julio Cortázar wrote in 1956 a short-story called “La noche boca arriba” (The night upside down): a young man in Buenos Aires has a motorcycle accident. When he is taken by ambulance to the hospital, he starts dreaming about the Aztec era and how he is going to be sacrificed to the Gods. In a different sphere of time, a Mesoamerican warrior starts dreaming about a futuristic city and a roaring metal insect that he is riding until he suddenly falls to the ground. Both characters exchange each other’s lives during their sleep.

君の名は (Kiminonawa, Your name?) presents a similar structure in the form of a Japanese animation movie.  High-schooler Taki, from Tokyo, wakes up in the body of Mitsuha, a young girl who lives in the countryside. It’s a dream that repeats itself every day. The same happens with Mitsuha, fed up with the boring life of Itomori and the temple she lives in, delighted to be a boy in hectic Tokyo. In Cortázar’s story the characters are separated by centuries; in Shinkai Makoto’s movie, it’s only three years. But the time lag makes the encounter of the characters impossible. It’s what Doležel calls “exclusive” doppelganger: only one can live at the same time, even though both of them are the same person.

Apparently a movie intended for teenagers, the playing with the time and its relatively-complex narrative structure makes it perfect for any audience. The reflection about identity and the passing of time is a constant motif in Shinkai’s movies, as we saw in 秒速５センチメートル (5 Centimeters per Second) or in 言の葉の庭 (The Garden of Words). The possibility of travelling in time and changing the past connects it with a whole tradition of SF movies. And the ultra-realistic visual depiction of urban and rural life in Japan makes it, too, a good document for people interested in Japanese society.

Less than two months after its release in Japan and already one of most widely viewed movies in Japanese history. This 43-year old director, Shinkai Makoto, has the potential to become the new Miyazaki.