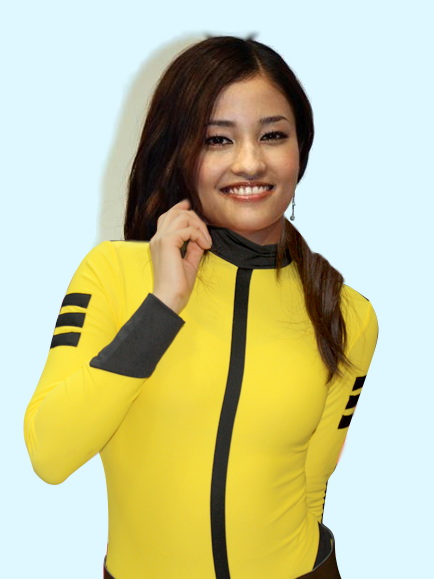 Japan has been successful imitating and even improving West technology, architecture, fashion, etc., but when it comes to commercial cinema, she needs to reconsider and start from the beginning again.

In アンダルシア、女神の報復 Andalucia, the Goddess’ Revenge, the last blockbuster for the national market, we have the obligatory car and motorcycle chase, breathtaking sceneries, fights hand to hand, shootings and a conspiracy with embassy secret agents, double secret agents and a beautiful female spy. But, in the end, in spite of an impeccable technical filming and production, it doesn’t convince. I think that the problem is in the script, every good story’s foundation. If there is not an original script with intelligent and sharp dialogues and a logical story line, the movie, as in this case, fails. Here we must attend long, slow and boring speeches explaining everything as if it were a foreign language grammar class. The scriptwriters -if there are any- should not underestimate the audience and leave some ambiguity shortening the dialogues; in the end, giving too many details creates more confusion and what is worse, tediousness. Besides, same as in literature: “Don’t tell it, show it”. They could learn a few lessons from Ocean’s eleven or even Memento.

In Andalucia it seems that someone wanted to film Barcelona’s Sagrada Familia and a few dramatic aerial images of Malaga’s Ronda, and adjusted the plot for the stills to fit in the movie; the G20 summit and the skiing resort are just concessions to become a 007-like film.

As for the acting, applause to the beautiful and expressive Meisa Kuroki, a Japanese young woman from Okinawa who happens to be one fourth Brazilian. Juji Oda, the main actor, is not too bad, although it’s not justified either to have him pose in front of the camera for such long shots as if he were Marlon Brando. His character is the epitome of self-control, paternalism, self-denial and unimpeachable morality, like a cliché of a modern day bushido-practitioner; and the opposite of his Western counterpart, my worshipped James Bond: a sarcastic, playful and dipsomaniac womanizer and gambler but still faithful to his principles. I got acquainted to the immortal British character through my father’s addiction to his adventures. In my teens, the living room at home looked like a James Bond’s museum with all Ian Fleming’s novels and 007 movies in any possible format. If one day my progenitor had brought a real-size wax doll of his hero and set it next to the TV, nobody would have been surprised. Now, I doubt anybody would be willing to set a replica of Kosaku Kuroda on his tatami room.

As for the Spaniards’ depiction, what can I say? Apart from the careless Interpol officer who makes sexual advances on the protected witness in front of a Japanese top diplomat, there is not even one Spanish character whose personality be even minimally shown. They are just wandering beings, full of impulses like the aggressive taxi driver, drinking and eating tapas in bars, dancing flamenco or training as bullfighters. If the director wanted to really show the “miserable irresponsibility” of our police forces, he could at least have created a mean and corrupt character in the line of Abel Ferrara’s Bad Lieutenant, and not a caricature of a neighborhood policeman with an English even crapper than that of the Japanese.

To top the lack of verisimilitude, a young Japanese man with a teenage-idol hairstyle becomes the Interpol agent in charge of the operation in Spain, without speaking a word of Spanish! At least, they didn’t make the female character do ぶりっ子 burikko (pretending to be stupid and/or childish), like in Princess Toyotomi.

To finish, a hilarious note: as Abel, my colleague and extra in the movie tells me, the map of Spain that they are using on their web page represents the Spanish regions with names from before democracy, i.e., the 70’s. Las Vascongadas, Castilla la Vieja and Castilla la Nueva! How tactless!