CHRISTMAS IS OVER IN KYOTO, AT LAST! 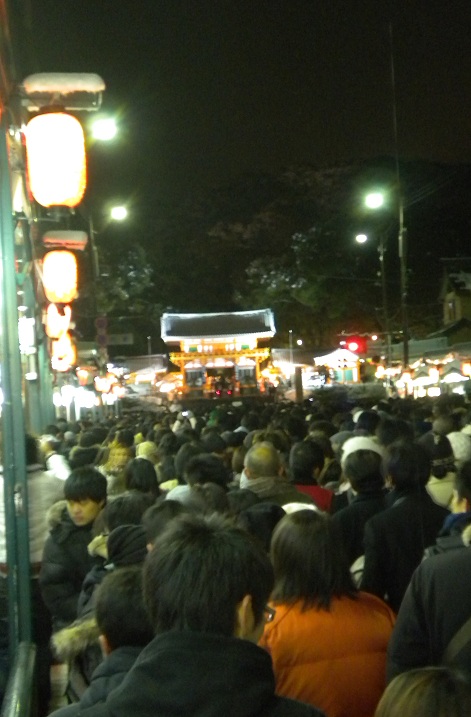 One week after the New Year’s Eve is enough time to recover from the hangover of bonenkais (friends and colleagues dinners), shinnenkais (New Years’s banquets) and commemorative celebrations at Christmas time in Japan; and maybe to talk about them. After a dinner with friends on Kiyamachi St. –when I found out how important is for a Japanese woman her future father-in-law’s scalp- and some salsa dancing at Rumbita, the Joya no Kane -108 tolls on the Buddhist temples’ big bells to celebrate the New Year and clean the same number of human sins- got me on Shijo Street on my way to Yasaka Jinja, the most frequented Shinto shrine in Kyoto on those days. Of course, since Japanese like to do most things together at the same time, the street was blocked by flocks of Japanese young people willing to pay homage to Shinto gods asking them for a year of pecuniary success and love or just to hang out around there. I decided not to wait what at freezing temperatures plus snow could be considered a Japanese purgatory and headed for my next destination, an electronic music club in the northern part of the city. 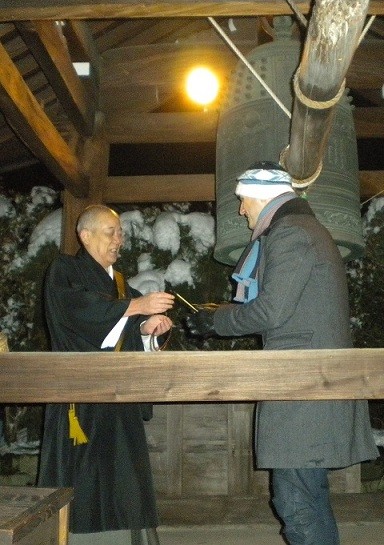 On my way to Metro, I happened to pass by a small tera (Buddhist temple), where a few people were eating toshikoshi soba, (buckwheat noodles, longer than usual and consumed on New Year’s Eve) around an improvised bonfire. My curiosity was stronger than my fear of finger frostbite and I stopped by to take a look at what was going on. Ipso facto I was invited by the friendly priest’s daughter to join a line of Japanese neighbors and stoically wait my turn to toll twice by myself the big bell with a heavy piece of wood. When I finally threw a few coins to a box and gave two small sticks –given previously to me by the young woman- to the very yasashii (kind) priest, I felt that neither my mistake with the name of the train station and the subsequent walk in the cold nor my curiosity-killed-the-cat peeping at the temple were accidental but with a purpose.

And I was in those high thoughts while holding the wood to hit the bell when something inside my left pocket started to vibrate like crazy. As if waking up from a mystic ecstasy, I realized that it was my cell-phone receiving a call from a dear one and decided that our dependency on technology to communicate with others is ruining our lives; but I interpreted the disrupting phone call as a sign of good fortune, hit the bell twice, thanked the Shinto priest and finally went to the disappointing, smoky, dark and noisy cave. 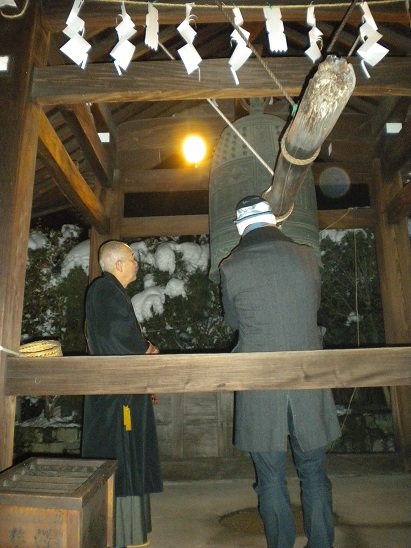 A few hours later I would wake up at home to drowsily connect to the Internet and have via Skype the you-know-which 12 grapes with my family in Madrid.

On January first I finally made it to a jinja, Shimogamo, where I bought an omikuji (a written fortune), just to laugh at myself because I got the worst possible one: bad luck in everything imaginable for the coming year. I refused to hang it on a pillar next to the altar in order to get rid of the bad omen: actually I just don’t believe in them; and it makes such a great memento! 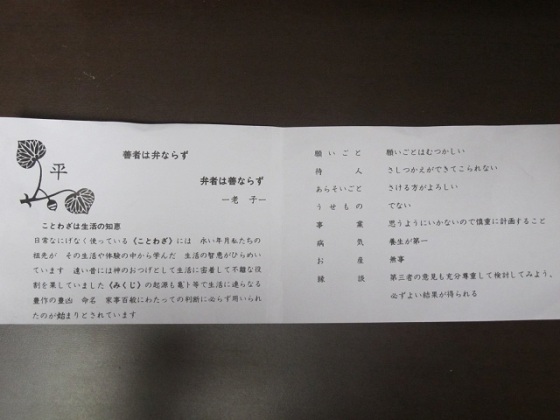